Stories of LIVES SERVED THROUGH OUR SURGICAL SHERPAS

These are some of the daily successful stories of how we help people access affordable and high quality surgical care. Learn how our Surgical Sherpas working alongside our partner physicians are transforming lives!

Jacinto was entrusted to us by an internal medicine doctor in Garland with an abnormal PSA. We drove him to Fort Worth to see Dr. Todd Young, urologist, saving $200 not only in the consult fee but also 70% on his lab testing. He did require medication. He was miserable not having any appetite, urinating through the night and losing sleep. We encouraged him to make modifications to his diet. After 4 weeks he not only was eating clean and healthy, he put on weight, had no more loss sleep as his urinary incontinence was gone. Thus, we avoided $2,000 in a biopsy which made Jacinto very happy indeed!
​

Mirian was suffering from abnormal bleeding and had was referred because of an abnormal pap smear result. She and her husband were very concerned with the costs. They were very pleased to have had access to high-quality gyn care in their language but at prices that were affordable. After her colposcopy, pathology determined she needed a LEEP. We continued to accompany her and have saved her over $8,000 so far, with the procedure successfully performed at wholesale costs. Her primary care doctor was kept closely informed of her progress.
​ 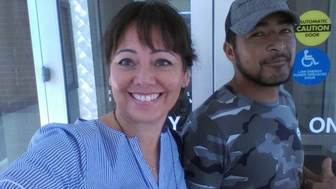 Francisco is a 31-year-old construction immigrant worker who presented with a very interesting case. At 9 years of age he was operated for a bladder congenital malformation in Mexico. He has suffered since then UTI’s to the point that he was always put on antibiotics. His Surgical Sherpa took him to Dr. Todd Young and also to an infectious disease specialist, all at wholesale prices, it was decided that he needed a cystoscopy under general anesthesia. We coordinated and negotiated with the urologist Dr. Todd Young who gave us straight Medicare rates, the anesthesiologist who was kind to accept only $200, and Baylor Surgicare Fort Worth that provided a fair cash price rate. The cystoscopy could not have gone any better. Throughout the process we ensured Francisco understood everything, had all his questions answered so he could make informed decisions. He has saved untold thousands and even more important, for the first time since he was a kid has a clear plan of action and knows what to do to thrive.
​

WHAT PRIMARY CARE PHYSICIANS ARE SAYING 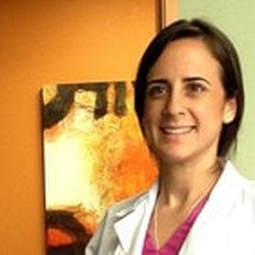 Viviane Skaliks FNP-C in Plano: “I love working with [Maria del Carmen from Cirugia Care] because she gives me a lot of options for cash patients. At our clinic we see a lot of patients with low income and they need a lot of help. She is able to create us a network and get in contact with specialists. She is very loving. She is very detailed. She educates the patients. She finds us very nice deals for them and good specialists who tell patients what to do for their health, what are their options. She responds very quickly to our messages, so we create an effective communication. We text each other, we call each other, we fax each other. She can arrange for diagnostics same day and with specialists the day after and it is so important for the patient. Before using her service, it will take long, and I would not hear from the patient, I would not know what happened and she gives us feedback as to what has happened what specialists has said. She helps patients make the appointments. Sometimes she goes with them -- that is such a loving way to help people in need. It has been such a good experience for me when I tell cash patients, "Hey, I know a way we can help you out".
EXPAND YOUR MULTIDISCIPLINARY CARE TEAM WITH
​ A SURGICAL SHERPA FROM CIRUGIA CARE